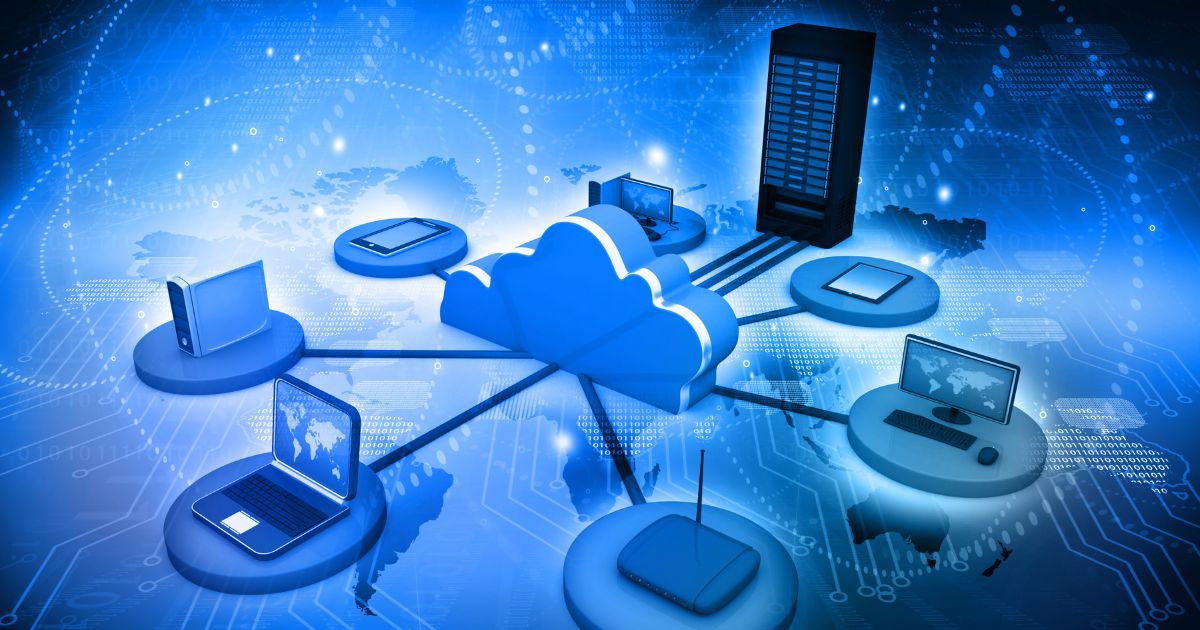 As organizations adapt to the ever-changing IT environment, one important goal they seek is to ensure business continuity with centralized governance and policy architecture across distributed architectures.

Speaking about the former, organizations with distributed architectures often deploy applications suitable to their business requirements across multiple sites, which is quite common – unlike the legacy architecture of a DR or primary instance.

For organizations to manage policy and governance from a centralized architecture for ensuring business continuity and facilitating secure operations – require solutions that must be highly available and scalable when adapting to the evolving IT Infrastructure. These features are inherent in a capability enabled by the Sectona Security Platform.

Businesses can leverage the capability of Distributed Architecture, whose fundamental goal is to provide user access to the organizational networks across multiple sites without disturbance.

Sectona allows the nodes created at diverse locations to operate independently when the central node fails. Assume ABC has implemented Sectona distributed architectures at three locations: India, Qatar, and Uganda. India has a server with Central Node, and the other countries are synced.

Due to a power cut at the location, the central node becomes inactive for the time being. Qatar and Uganda servers will take individual ownership of the architecture and operate independently in such a situation.

Along with the on-prem setup, Sectona provides the privilege of deploying public cloud environments such as Azure, AWS, Google Cloud, and Oracle Cloud. The public cloud is synced with the central node at regular intervals. In case of Central Node failure, Sectona allows the Cloud site to operate independently.

Assume ABC has implemented Sectona distributed architectures at India and Qatar locations. They have Azure Cloud implemented in their environment. India has a server with Central Node, and the Qatar server and Azure Cloud are synced with it. Due to a power cut at the location, the central node becomes inactive for the time being.

Qatar and Azure Cloud servers will take individual ownership of the architecture and operate independently in such a situation.

How can Sectona be Deployed Across Distributed Architectures?

During the deployment, the Sectona PAM distributed architecture solution provides simple steps managed via the application interface to operate components such as gateways, proxies, and vaults. Sectona provides the fluency to either de-couple or completely replicate an instance.

Now, How to Decide Whether to Select De-Coupling or Replication?

A simple solution to this is to check the system requirements. If the system is not entirely robust and you need to provide only specific accesses to your users, then the best solution is de-coupling. In contrast, replication is better if the system needs to be updated and entirely synced to all the nodes created.

In any case, building a more substantial infrastructure for your master nodes is essential.

Once the central instance is created, you can now proceed with the two options:

Sectona provides the privilege to add one primary node and up to 1+n fallback nodes for an application. For vault, you can add one master and up to 1+n slave nodes. Keeping the applications in the system is highly recommended to perform their tasks independently. It allows components to remain completely autonomous and unaware of each other.

A change in one service shouldn’t require a modification in the other services. It is the process of separating services so that their functionality is self-contained. For example, it is noticeable among teams in charge of shared infrastructure services like monitoring and logging. Logging should be able to evolve independently of application changes, according to the logging team.

Replicating across nodes can prevent data loss when using the embedded vault option. All configuration files are synced from the primary node to the secondary node at a one-minute interval in a high-availability arrangement.

Physical database replication allows for rapid database synchronization. On the secondary node, the database is in read-replica mode. The High Availability service in the system manages the synchronization among the replicas. 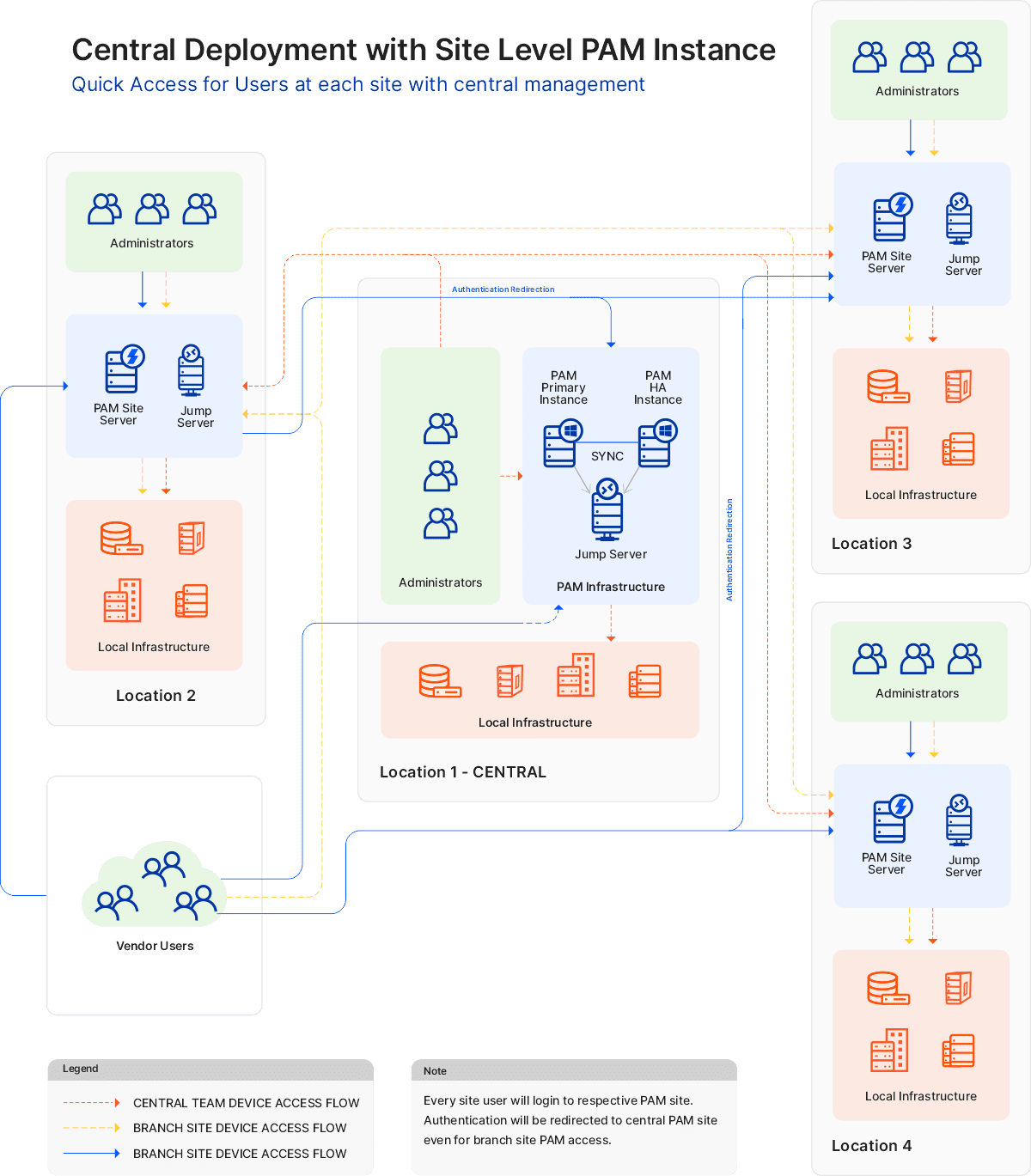 A distributed network architecture is a technology that provides many benefits to your company by addressing fundamental elements of systems with vast networks.

Distributed network architecture maintains a single and central control system, but the load can be divided among multiple local sites. These sites may be physically distant, but the internet links them. And, even if one system fails, others can continue to function normally.

As the network grows, there is always the risk of overloading single servers. If a single server goes down, the entire network goes down. The load is spread among the numerous systems in a distributed system, making networking faster and more efficient. Because the configuration is dispersed among the secondary servers, there is no loss of configuration if the central server fails. On the other hand, the central system has the advantage of being able to monitor all operations, make security adjustments, and observe how the other locations are doing.

Changes and updates done on the central server can be automatically merged with the entire dispersed network.

Scalability is much easier with distributed architectures than with a single network. Because the load is dispersed, new devices can be added to the network and set up without causing significant network disturbance.

An insurance industry customer was looking for a lightweight and scalable solution for their multi-site PAM setup.

Sectona’s Security Platform ensured this with its Distributed Architecture model. The solution required a minimal setup and ensured that all the servers were in real-time sync, operating on microservices, yet provided centralized management of PAM policies, auditing, and reporting in adherence with the compliance regulations.

With this distributed architecture set up, all the instances of PAM were in Active-Active mode, providing flexibility for users in one region to connect and authenticate with the nearest PAM server. And obtain authorized access to take their respective sessions on target servers and devices.